THE grieving family of a former coal miner who took his own life after being investigated by benefit fraud officers believe he would still be here if he had been told him how much money he needed to repay.

James ‘Jimmy’ Ballentine overdosed on prescription drugs on the day of his twin grandsons’ fourth birthday earlier this year – leaving beside him a suicide note to loved ones which read: “Sorry son you will have to bury me…forgive me leaving you with my debt, cannot take it anymore.”

The proud 60-year-old had months earlier learned he had over-claimed benefits from the Department for Work and Pensions (DWP) after receiving a letter from the Fraud Investigation Team.

Son Dale Ballentine, 34, told The Northern Echo that while making a new benefits claim late last year he declared he had savings of £7,000.

The father-of-two, who suffered from depression and other mental health issues including schizophrenia, was told he had been over-claiming for a decade as there was a means-tested £6,000 savings cap.

It is understood Mr Ballentine made efforts to find out how much money he owed but was unable to get an answer.

Dale, 34, said: “This is the whole point of our grievance – is if they told him up front (what he owed) I really believed he would have paid it, that would be the end of it and he would still be here.”

SNP MP calls for the roll-out of Universal Credit to be ‘halted now’, as mounting evidence shows the new benefit is causing significant hardship.

Universal Credit is pushing vulnerable claimants into “a vicious cycle of debt and despair”, says an MP who is calling for the roll-out of the Government’s flagship welfare reform to be halted with immediate effect.

SNP MP Stuart McDonald says Universal Credit, which is replacing a number of existing social security benefits with a single monthly payment, is forcing some people to turn to loan sharks and food banks to make ends meet.

The new benefit is in the process of being rolled-out across the country but has been beset with numerous delays and IT problems, and has faced heavy criticism over payment delays and an arbitrary six-week waiting period.

While Brexit and Trump hoover resources and headlines, the state and so-called social landlords continue to get away with screwing people into the ground:

Last week, I spent several hours at the South Chadderton foodbank in Oldham speaking with people who’d come in for groceries.

We talked about the reasons why people needed to use the foodbank.

One explanation in particular came up, as it does a lot: Debt repayment plans are leaving people with no money.

People on benefits and low incomes are repaying arrears or loans money to councils, housing associations, the DWP, bailiffs and god knows who else – but they can’t afford it. The loss of the fivers and tenners that authorities deduct in repayments make a tolerable life impossible. People certainly don’t have the hundreds, or sometimes thousands, of pounds that are really needed to shift these debts. Simple equation, when you look at it. Debts grow and penalties grow, but income does not.

Musselburgh was chosen as the first area in Scotland to pilot the full digital roll-out of the new Universal Credit (UC), which replaces six other benefits and was intended to simplify the system but has been criticised for making it more complex.

And a report by East Lothian Council reveals a 22 per cent increase in rent arrears among UC claimants in just three months, with the average amount owed almost £900.

The report says the way the system is being managed by the Department of Work and Pensions (DWP) is causing “major concern”. And it recommends the council should seek “financial recompense from the UK Government for the loss of council tax and council house rent income as a result of UC”.

Council leader Willie Innes said: “Almost from the start of the new system we became aware of delays being experienced by claimants. The length of time some people were left waiting for payments meant they were experiencing considerable financial hardships.

“The council had established key teams of staff to help advise on the new system but the delayed payments to tenants has also resulted in delayed rent and council tax payments.

“As the introduction of Universal Credit has resulted in significant loss of income to the council we are seeking financial recompense from the UK Government. We are also asking the Scottish Government to take immediate steps to use its powers to have the housing cost element of Universal Credit paid directly to landlords.”

Life had already been a struggle for months when the letter arrived from the Department for Work and Pensions last week telling Alana and Mark they would be benefit capped. From Monday, it said, the amount they would receive in housing benefit support – which is already £260 a month less than their actual rent – would be cut by £50 a week.

It was a none-too-subtle signal for Alana that life was about to get several degrees harder. “Saving an extra £200 a month is going to be impossible. We can’t cover the outgoings as it is. No amount of budgeting can save that sort of money. There’s only so much you can save on buying basic label baked beans.”

Both Alana and Mark, the parents of two small children, have lost good jobs through redundancy in the past year. They have scraped by since on her maternity allowance, borrowed cash from family and friends, and sold furniture. The cap in effect now provides them with stark alternatives: either one of them gets work (thus exempting them from the cap), or they fall rapidly into rent arrears and eviction. 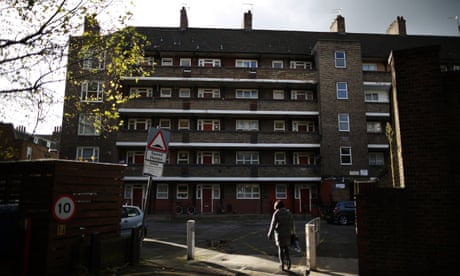 The new reduced benefit cap: how it works and who it affects

Alana and Mark are not alone in being handed such a brutal choice. Estimates vary, but between 88,000 and 116,000 struggling UK households have received similar benefit cap letters from the DWP in recent weeks. On average they will lose £60 a week, though in some cases it could be as high as £150 a week. For many there will be no choice: they cannot work or are unable to find it, and as a result face hunger, impoverishment and homelessness.

Child Poverty Action Group and the Zacchaeus 2000 Trust also said increasing numbers of the capital’s working poor were in arrears and cut back on food or took out loans to settle the bill.

They found 26 of the 32 boroughs now charge families who were previously deemed too poor to pay council tax.

The “Still Too Poor to Pay” report said many boroughs increased minimum payments and two — Ealing and Hillingdon — introduced charges for disabled and unemployed residents for the first time. This pushed more than 131,000 London households into arrears last year. Where bailiffs are used, their fees are added to a claimant’s council tax arrears — which the charities said meant “inflating the debt and making it harder for households to repay”.

Since 2013 at least 318,000 households have been unable to pay their new council tax charges and received a court summons as a result, the report says. That caused further charges of more than £27 million in court costs.

The charities called for the return to full benefit support to pay council tax for families in financial hardship.

London Councils said town halls had been hit with 63 per cent budget cuts. It went on: “Boroughs will always try to come to an arrangement with council tax payers before court action.”